First off I am dissappointed at Michaels they no longer carry tatting needles or shuttles the only thing that the Michaels in my area has is some tatting thread in the small skein things :( So we went to eat at CiCi's Pizza and JoAnn fabrics was in the same area so we decided to take a peek in there the only thing they carry are shuttles :( I dont like that not at all So when I need new needles I will have to order online Ohhhh Well I guess that is how it goes.

Now on to what I got today. My hubby spoiled me and supports my habit :) I tell him atleast its not drugs Ha Ha 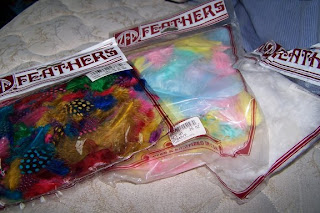 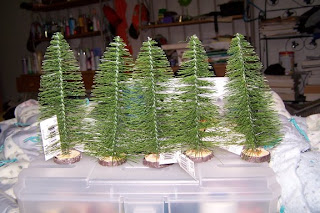 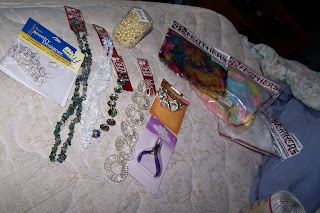 Some beads and stuff for creating 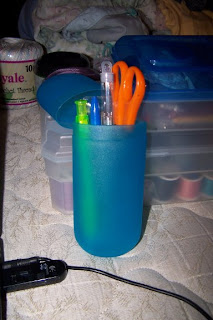 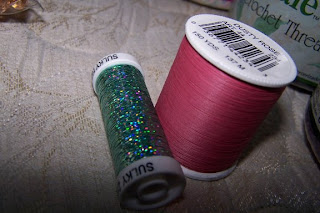 threads to add to doilys or something 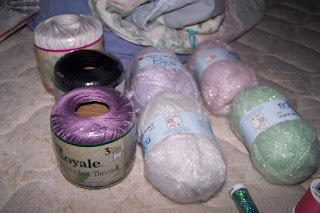 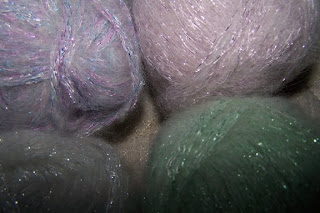 close up of the yarns
thoughtfully written by Heather at 6:46 PM

Email ThisBlogThis!Share to TwitterShare to FacebookShare to Pinterest
Labels: supplies

Well Hon, don't feel like the "lone stranger" Our nearest town is 2 hours one way; and we have one 'mall' which is a 24/7 Wally World. Our Wally World carries no tatting supplies. This area is, however, wonderful for beads (although way too expensive ~ cheaper to order on line) because there are a durth of folks who think they know how to make necklaces and ear rings. When I get to Las Cruces (not often) my choices are Hobby Lobby; and, for the art of tatting the pickings are slim! Although for other crafts it is a great place. Jo Ann's is probably the worst Jo Ann's I've ever wheeled into ~ it definitely isn't wheelchair friendly; but, they haven't much in the way of supplies.
All of my shopping for Colcha Embroidery and Tatting are from on line vendors who Tat, make shuttles, and are involved in the art. I get my beads from FMG and Artbeads.com; my threads and beads from Be-stitched.com; and, Ds9designs.com and Handy Hands. When the dollor is strong I also have vendors in England that I really like. As the saying goes, "Where there is a will, there's a way"
In my case going to stores is a challenge, but it doesn't mean I don't like to get out and about.
Wally World seem to be carrying less and less in the way of supplies nationwide. I've spoken to the mgr of our WW and there is nothing they can do about the cutting back. I commiserate with your shopping disappointments, but hangeth thou in there and let your fingers do the walking on line!
Happy Creating, Bev
www.ridgetatter.blogspot.com